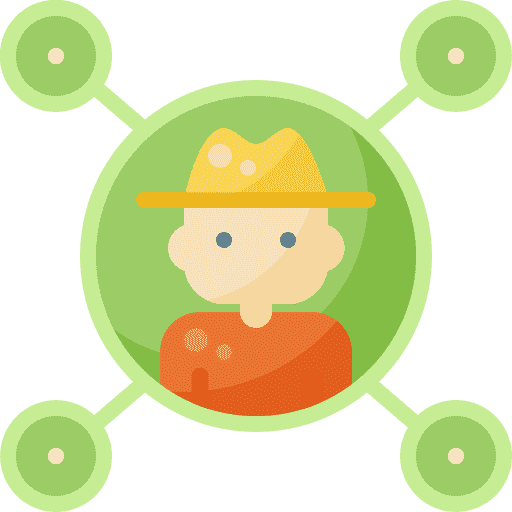 In the recent years, we've seen a new surge in philanthropy where the wealthiest amongst us decided to contribute a large chunk of money into solving the world's most pressing problems.

In fact, this is particularly prominent among those who derived their wealth through technology. However, that's not to say that their impact is automatically as good as it seems.

To delve further, we'll examine one of the most prominent philanthropic figures in the sphere who has dedicated himself full-time to global issues, Bill Gates, and see how his effort is paving the way towards a more sustainable world.

And with that, we'll also take a look at some of the lessons learned, and what we can do on our own to contribute to the causes. 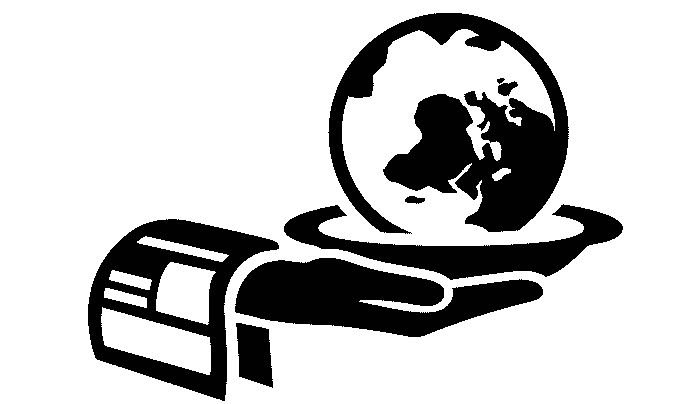 Table Of Contents
1
Bill Gates — Overview
2
Philanthropic Outcomes
2.1
Vaccinations
2.2
Global Fund
2.3
Agricultural Programs
2.4
Climate Change
2.5
Education
3
Overarching Issues
4
Lessons for Us
4.1
Vision and Will are not Enough
4.2
The Danger of Ideologies
4.3
Working on Oneself

Best known as the co-founder of Microsoft, Bill Gates led the personal computing revolution into an era where computers constitute an indispensable part of our life. Today, his name is synonymous with Microsoft Windows, the most used computer operation system in the world.

In business, Gates is known for his combative nature and was involved several anti-monopoly rulings. In later years, with the founding of Bill & Melinda Foundation, Gates began to transition his focus full-time towards philanthropy.

Through his philanthropic work, Gates channeled his energy into solving some of the most pressing world issues often ignored by governments, corporations and other organisations. These include, among others:

In addition, Gates is also a co-creator of the now-famous Giving Pledge, a campaign to encourage the wealthy to donate at least half of their net worth to philanthropic causes. Since its inception, its signers have now expanded to include billionaires such as Michael Bloomberg, Richard Branson, Larry Ellison and Elon Musk.

Predictably, a vast majority of Gates' funding efforts are technology-related, with funding often going to agricultural or pharmaceutical multinationals. This reflects Gates' identity as a technological optimist, as he puts it in his own words:

[I]nnovation is the real driver of progress.

So how well does Gates' technological approaches work out? Well, let's find out.

Since early on, Gates has been vocal about our lack of system for handling epidemics. In his 2015 TED talk, he warned that if another epidemic were to occur, it could be far more devastating than the Ebola crisis (which did indeed happen today).

Because of that, his foundation has been at the forefront of many mass vaccination campaigns, in an effort to eradicate diseases such as measles, polio, Ebola and lately, COVID-19.

When measured through the lens of incidence rates over time, many of these campaigns would seem to have been very fruitful. However, all is not without controversies:

Either way, mass vaccination programs remain an ethical dilemma for a minority of people who are adversely affected by it. In the meantime, controlled inoculation (e.g., variolation) and public sanitation measures seem to remain on the back burner.

Through Gates' funding to the Global Fund, the incidence of deadly infectious diseases such as malaria and tuberculosis has been on the decrease. However, the decreases are not always significant, and the causes are often not addressed.

As with the case of vaccination, certain treatments can increase one's dependency towards the philanthropic system itself. This applies for example to HIV medications, which require regular dosing for them to be effective.

In fact, the root causes of HIV, and many other similar diseases, can be often attributed to poverty, violence and gender norm. This shows that a more holistic approach is needed, as Melinda Gates puts:

We don’t have a lot of data about what the world looks like through theirs. And that hampers our ability to develop effective solutions for them—biomedical and otherwise.

To mitigate the increase in hunger as a result of climate change (among other reasons), Gates has engaged in several Green-revolution-inspired agricultural programs to help farmers live a better life.

However, many of these programs, including the sourcing of chemical fertilizers and the development of genetically-modified seeds, are also closely tied to agricultural technologies, and have the potential of impacting the local ecology and rendering the farmers dependent on them (a form of human domestication in disguise).

So while improving crop productivity and drought resistance to satisfy future food demand might seem logical at first, the long-term sustainability of this type of food processing remains controversial — much like the concept of Green revolution itself.

On the climate front, Gates has been sounding the alarm that climate change could turn out to be much worse than we imagined. Because of that, he has been advocating for a zero-emission economy through a wide range of means.

Predictably, Gates has concentrated his effort in R&D and innovation through a series of investments. This includes Breakthrough Energy, a venture fund specialized in innovative energy solutions, and TerraPower, a nuclear reactor design company.

As ambitious as those sound, these initiatives are not without controversies, with some even dubbing them as "projects that are unproven, high-risk and require lucrative subsidies from the government." After all, people do realize that there's a difference between carbon-neutral and environmentally friendly.

Recognizing education as one of the core pillars of a thriving society, Gates has also been involved in multiple initiatives to promote education in both the public and the private sectors. These include:

All in all, the educational impact of these initiatives has been mixed, due to a general lack of consensus on these matters, though they do share a common bias towards technology and individual metrics (e.g., test grade, graduation rate).

And while many of Gates' ideas are popular within teacher's unions, he has also been criticized for advocating policies with potentially-adverse socioeconomic outcomes (e.g., charter school). Whichever the case, the relevance of educational institutions will continue to evolve — as more technologies are being tested and developed.

As seen earlier, one approach advocated by Gates is to strategically invest in market-based innovations. While this approach ensures the economical viability of the technology, their untested nature also makes their holistic impact hard to assess.

In addition, since Gates is also a key funder of many global initiatives, this often gives him great influence in determining the priorities of these initiatives — without having to go through the usual scientific and organisational scrutiny.

In that sense, it is almost as if we are back to monopoly, not only in terms of dominating global leadership, but also in terms of imposing "civilized solutions" to other countries.

If anything, Gates foundation also has a policy of investing for maximum profit, sometimes to companies which have a reputation of destabilizing the welfare of other countries (e.g., Monsanto and Cargill).

So this speaks to the nuances and complexities of global issues, but if we consider that many of Gates' initiatives are pseudo-solutions which address the symptoms rather than the causes, this does call into question whether techno-utopianism is the right foundation for tackling these issues.

Any problem, I'd look at how tech innovation solves that problem. It's the one thing I know and the one thing I'm good at. So that's my hammer, and lots of problems look like nails because I've got a hammer.

Sure, it's easy to romanticize nature as our enemy and technologies as our savior, and that if we just innovate fast enough, then one day we'll somehow be able to catch up to all the problems we are facing, but the truth is that with Gates' power and influence, any little misstep can be backfire exponentially.

Overall, we've seen that with global issues, things are incredibly intertwined and that solving things separately is often not enough. While we might not be able tackle these issues to the extent Gates has, there are at least three lessons we can learn from (and apply to our daily lives).

Vision and Will are not Enough

As someone who has dedicated 20+ years and tens of billions of dollars into philanthropy, Gates is clearly doing his best — with the knowledge and resources he's got — to make the world a better place. One could even say that he's casting his dream towards this planet.

But alas, even if he's not motivated by money, corporate/political influence or ego, and even if he has a strong will to give back and step up for what governments and corporations cannot do, the feasibility of his solutions will would ultimately hinge upon the sustainability of his plans.

In that sense, it is almost as if we're back to one of the meta-principles of life, in that "we don't get what we get because we deserve it, but because of cause and effect".

The Danger of Ideologies

As usual, there's a point to be made about dispelling ideologies, in that they can lead us into a very narrow way of thinking — and prevent us from seeing alternative ways of solving things.

Of course, this doesn't mean that anything goes in the context of global issues, but that we can at least continue to believe in science and work on solutions, without confining ourselves to fear-based reactions and kneejerk innovations.

After all, it's hard to see how heaven on earth can be obtained by progressively stripping away what makes us human — especially in the context where our lives are getting increasingly controlled by fewer and fewer corporations.

Other tech billionaires are following suit

As we speak, another two tech billionaires, Elon Musk and Jeff Bezos, are also involved with their respective philanthropic works. Musk's work with the Musk Foundation is very much tech-focused, while one has yet to see how Bezos' Earth Fund would play out over time.

In some cases, it goes without saying that we are where we are today because of the actions we've taken. As it stands, the world at large is designed to proportionally reward those who are best at self-preservation — something which is often at odd with our greater long-term needs.

On the climate front for instance, while one could argue that we are only responsible for a tiny portion of greenhouse gases, the truth is that in the developed world, we are responsible for so much more. For example:

At the end of the day, we can blame the system as much as we like, but it'll ultimately ricochet back to ourselves. It's easy to think that we can have both faulty lifestyles and technologies running the show, but our history is pointing to us that this approach is hardly sustainable.

After all, we do have the power to abandon fossil fuels and combat deforestation on our own by changing our habits, and we can always rely on ourselves — and what we know to be true — instead of begging Gates for a miracle.

If anything, we were already able to curb our population size (a trend which has been happening in the developed world) and stop environmental damages and labor exploitations via ethical boycotting, so why would we throw our hands up when we're actually this powerful?

Of course, it wouldn't be fair to apply to same logic to developing countries, but we're often in a bad shape because we're too absorbed in our short-term interest. Sure, we can't control what Bill Gates will do or whether he will succeed, but we sure can control ourselves and what we choose to do on a daily basis to make the world a better place. 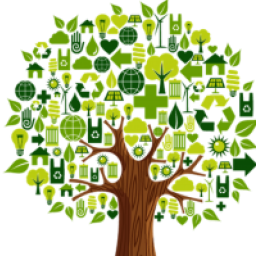 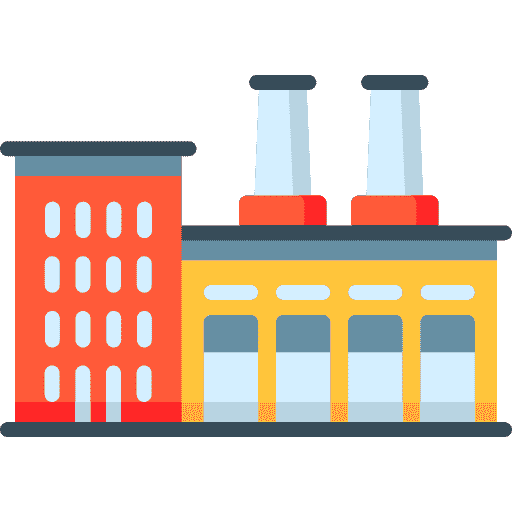